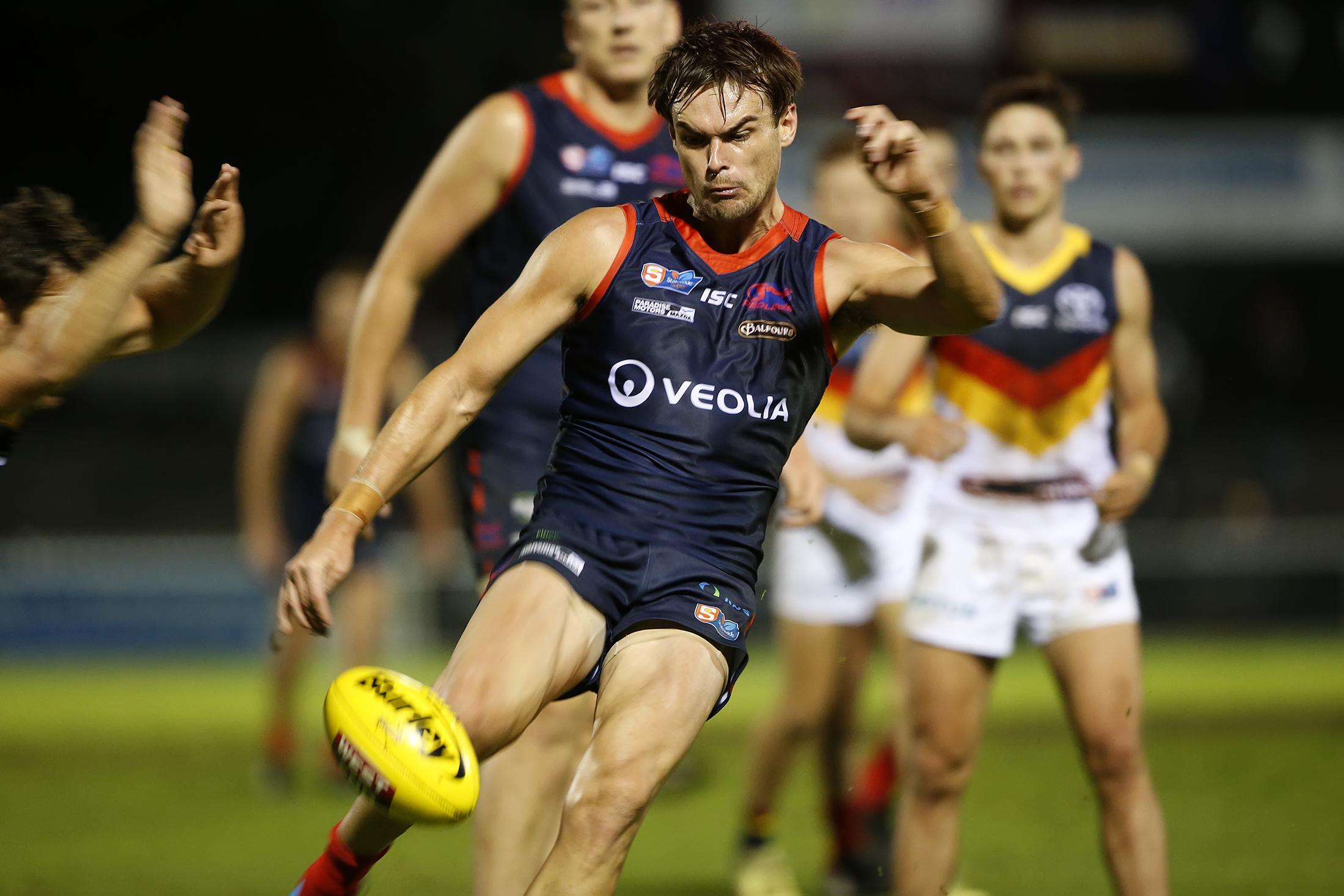 Moving Lewis Johnston into the midfield has proven to be a masterstroke by Norwood coach Jarrod Cotton.

Previously pigeon-holed as a lead-up forward, Johnston has thrived playing mainly off a wing since his shift at the start of the 2018 season.

Last year, the former Crow continued to thrive further up the ground as he averaged more than 28 disposals per game at 84 per cent efficiency.

The 29-year-old tallied the third-most disposals in the Statewide Super League behind Sturt’s Sam Colquhoun and Central’s Travis Schiller en route to placing equal third in the 2019 Michael Taylor Medal for Norwood’s best-and-fairest.

Measuring in at 194cm and 93kg, Johnston is an extremely difficult match-up on the wing, the position he was chosen to start in for the 2019 The Advertiser SANFL Team of the Year.

The Port Pirie product is an outstanding kick of the football, both with his precision and length while also knowing where the goals are from his days as a key figure inside 50m.

Johnston could be in for another significant campaign in 2020, particularly if most of the opposition’s midfield attention focuses on star Redlegs recruits Ryan Bastinac and Richard Douglas.