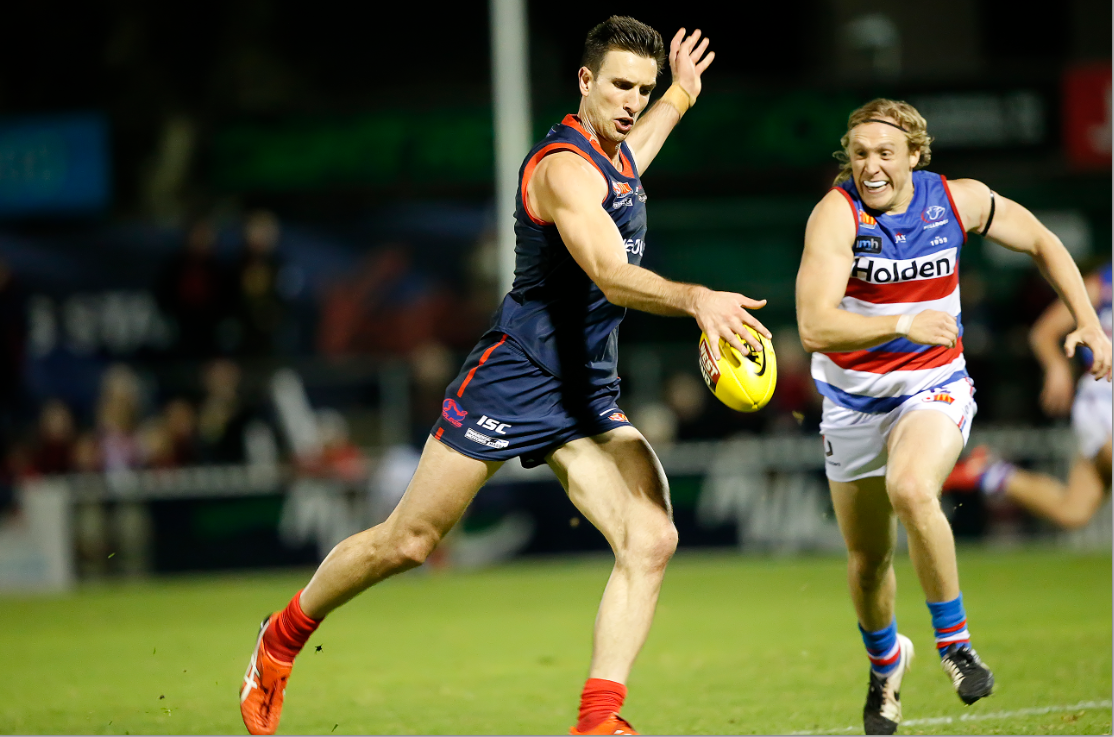 Norwood’s new captain was sitting at No.2 on the Top 50 list this time last year but there’s no reason why Matthew Panos cannot reclaim his position near the pinnacle.

Landing at No.42 this year, the 29-year-old was still a solid contributor in 2019 despite only playing in 15 games due to injury.

Measuring in at 191cm, Panos’ versatility has always been a key strength since being converted into a big-bodied midfielder by premiership mentor Ben Warren in 2014.

Originally a lead-up forward, Panos can still play in attack while resting from the centre square but is also more than capable of distributing the ball off half-back by foot.

Elected as captain to replace the retiring Jace Bode, the former Western Bulldog booted 22 goals at 81 per cent accuracy last season to prove he is also a scoreboard threat.

Form across the 2019 season was used as a significant factor in the selection process, with those winning awards such as best-and-fairests, being selected in State squads and leadership groups also looked upon favourably.

Recruits to the Statewide Super League have also been included, with significant AFL experience another element in deciding the order of players.