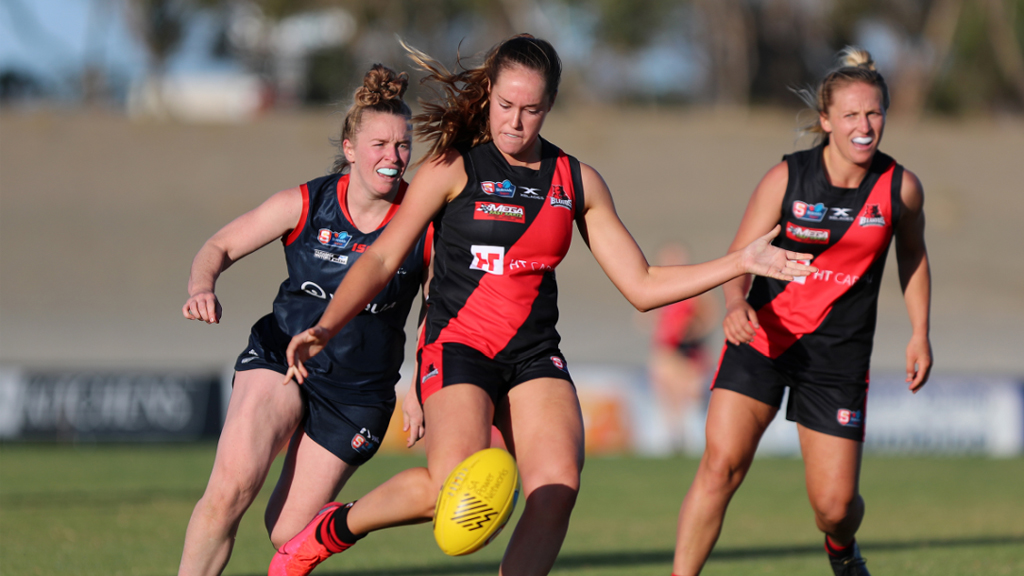 Streamed live and on demand via SANFL Digital Pass

NORWOOD
Najwa Allen
Last year’s SANFLW Best-and-Fairest winner was a little slow to start since the resumption of the competition in Round 5 but has well and truly tuned up in the past two weeks. And it’s of little surprise this has coincided with the Redlegs winning their last two minor round matches. A powerful ball-winner who can play in multiple roles through the midfield or attack.

Sophie Armitstead
Norwood’s vice-captain has been extremely reliable this year, chiefly playing through the midfield. Boasting AFLW experience with the Crows, Armitstead is a steadying influence on her younger teammates.

Matilda Zander
One of the rising stars of the competition, Zander often uses her exceptional speed to break the lines and get the ball moving in Norwood’s direction. Look for the 22-year-old to shine on a wing against the Bloods.

WEST
Rachelle Martin
The tenacious midfielder shows no fear when diving on the loose ball to handball it to her teammates on the outside of the contest. Also a fierce tackler, Martin’s experience will be vital for the Bloods’ young group.

Abbie Ballard
Like Martin, Ballard loves to find the footy and she seems to do it with an element of ease. A booming kick, she gives her team great advantage when she lets fly from long distance.

Madison Newman
Arguably the neatest kick in the competition, the Crows AFLW player doesn’t need many possessions to be a damaging player. Regularly entrusted with the kick-ins after a behind, Newman can pin-point her teammates from a variety of distances and angles.

There are plenty of contrasts between the two clubs set to contest the First Semi-Final of the Statewide Super Women’s League.

Norwood has featured in every finals campaign since the competition’s 2017 inception, winning the inaugural premiership.

West Adelaide, after narrowly missing out last year, is featuring in its first major round in four seasons.

The Redlegs, coming off two strong wins in the past fortnight including one against the Bloods, are taking meaningful form into the clash as they time their run to perfection.

Their opponents, West, have stumbled in their last two minor round matches, succumbing to fellow finalists Norwood in Round 9 and South in Round 10.

Expect it to be a tight contest considering both teams played in the competition’s first draw in Round 4 and that less than two goals separated them in Round 9.

It should be a beauty.