Anthony Wilson will make a timely return for Norwood’s Round Eight clash with West Adelaide tomorrow night at the Parade.

The speedy forward has been named in the side after recovering from a calf injury sustained in the State Game three weeks ago.

Wilson has been named along with tough defender Mac Bower and potential debutant Josh Richards, who has been in pressing for selection after several strong performances in the Reserves.

Midfielder Matt Panos (heel) will miss after succumbing to a heel injury against the Eagles a fortnight ago.

In better news, youngster Nick Pedro will play his first competitive game for 2019 after a lengthy stint out with a foot injury.

The Redlegs will take on the Bloods from 7.20pm and the game will be broadcast live on the SANFL Digital Pass.

Norwood’s Reserves side will feature in the curtain raiser beginning at 4:40pm.

Norwood’s Round Eight side is: 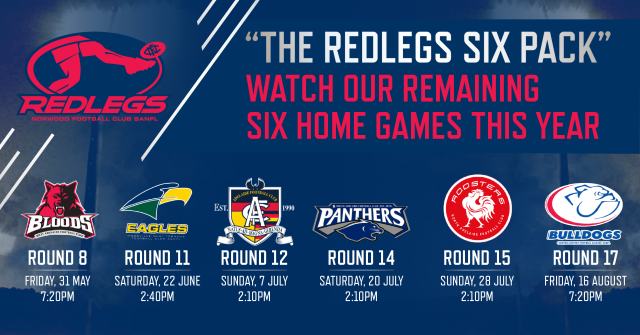