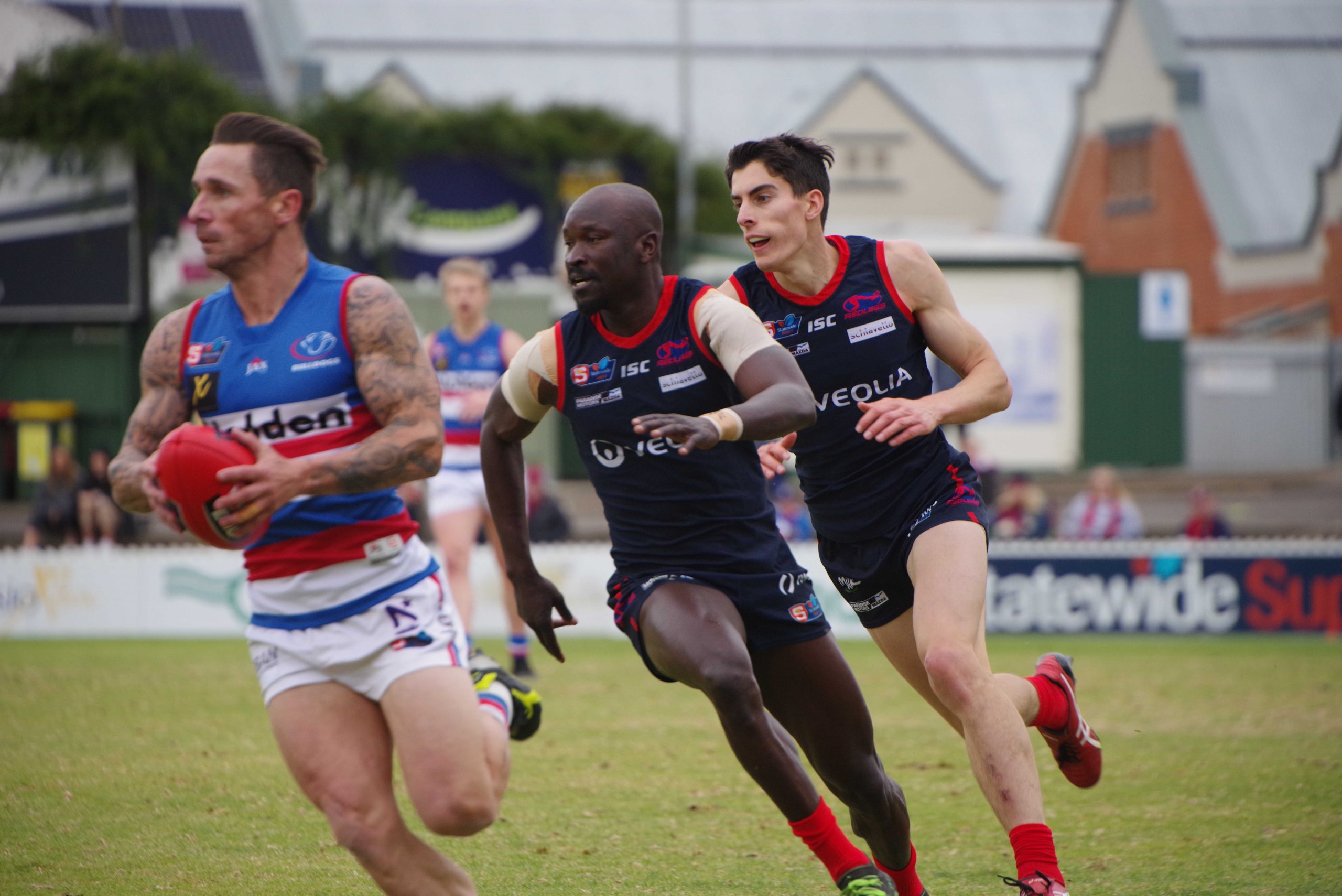 NORWOOD has recorded their first win of season 2020, with an 18-point victory over Central District on Saturday afternoon.

With Jarrod Cotton unveiling three debutants in Jed Spence, Isaac Saywell and Jacob Collins – Norwood set up the win with a professional performance in front of 1000 people at Coopers Stadium.

The Redlegs led at each break and despite a late charge by the Dogs held firm to kick the final two goals of the game to win their first game in 2020.

Star midfielder Richard Douglas gave Norwood the perfect start after sharking a ball from a boundary throw-in to drive home from 40 metres to give the fans something to cheer about early.

Justin Hoskin responded with two of his own inside three minutes to give the Dogs the lead, however it was Mitch Grigg, Peter Bampton and Declan Hamilton who each kicked goals to give the home side a 16-point lead at the first break.

It took just under four minutes for Douglas to kick his second after marking a kicking a goal from 45 metres to hand the Redlegs a 22-point lead before an inside 50 entry was crumbed expertly by Codey Ellison to find Tommy Pinyon who check sided the ball through, to stretch Norwood’s margin.

Bampton added a second to his name at the 20-minute mark to give Norwood 34-point lead at halftime.

The Redlegs swift ball movement was on show at times on Saturday and this was highlighted with the first goal of the third term as Brad McKenzie long range kick in from a behind allowed speedster Dom Barry to latch on and take two bounces find a running Matthew Panos in support who then made no mistake from 20 metres out.

The Redlegs stretched the margin to as much as 44 points late in the third term and three minutes into the fourth quarter as forwards Tom Pinyon and Peter Bampton made the most of their opportunities to kick four goals each.

But the visitors – led by a six-goal haul from Justin Hoskin – cut the deficit to just seven points when playing assistant coach John Butcher kicked his third goal of the game 23 minutes into the last stanza.

It was Central’s seventh since the final change as it threatened to pinch the points but the hosts steadied with goals to Bampton and Hamilton to give their fans a reason to smile for the first time in 2020.

Richard Douglas displayed his class for Norwood to tally a game high 34 disposals to go with his seven marks, nine clearances and two goals.

Norwood ruckman Sam Baulderstone continued his strong start to the season having an impact at the stoppages in racking up 12 clearances as well as 25 disposals and 35 hit outs.

Jacob Collins, from the Ceduna Blues on Eyre Peninsula, was the pick of the Redlegs’ debutants with 18 disposals while Saywell had 13 and Reserves Magarey Medallist Spence 10.