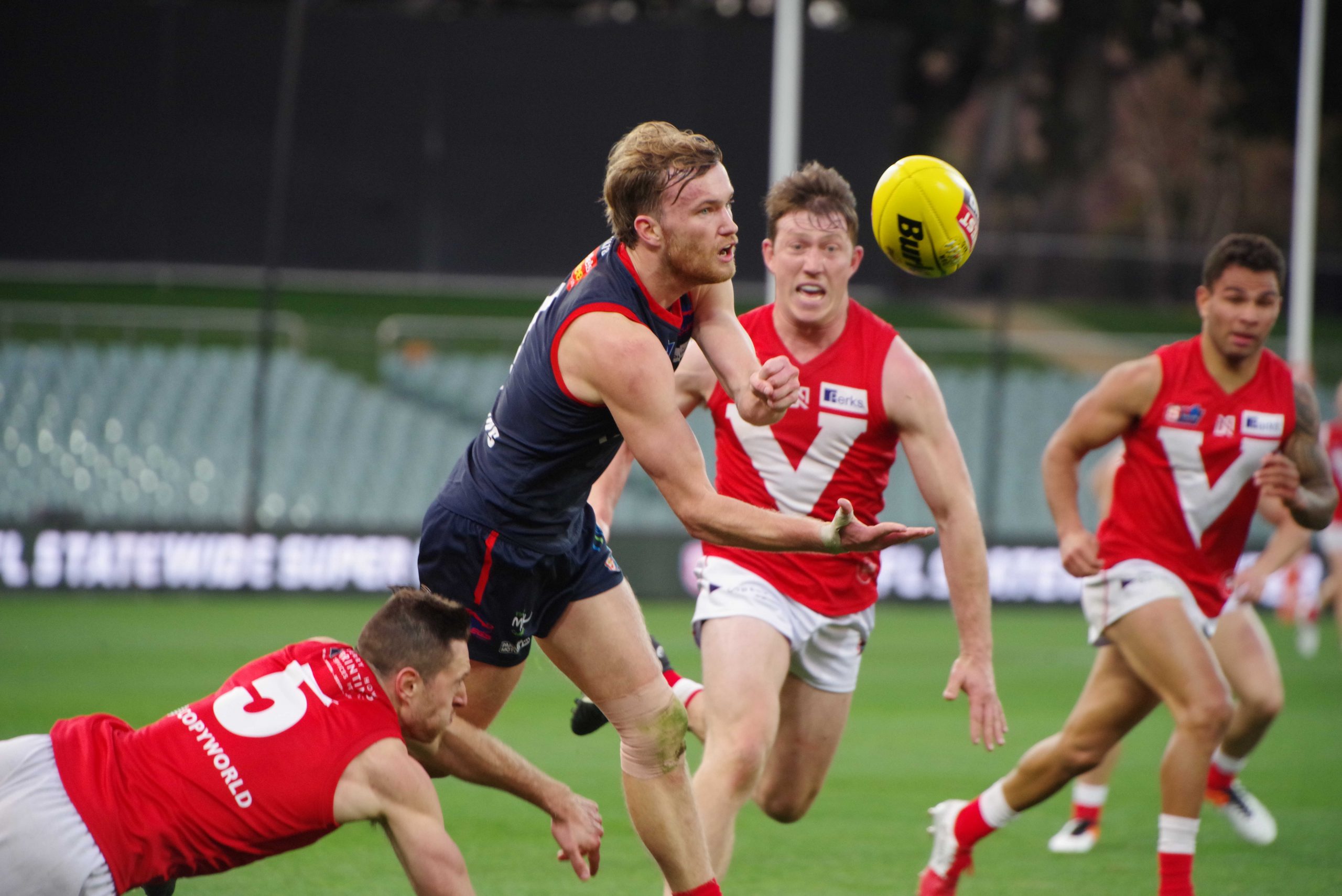 NORWOOD has fallen to it’s second defeat in succession after North Adelaide rallied from behind to win by two-points on Saturday afternoon.

The Legs came out of the blocks early, with two goals to start the match, while keeping the Roosters goalless in the first term.

Peter Bampton kicked the first goal of the game from 40 metres out on a tough acute angle to give Norwood the perfect start inside the first three minutes.

Dual Magarey Medallist, Mitch Grigg kicked his first 25 seconds after, as Norwood asserted their dominance on the contest early.

The Redlegs continued to cause North trouble with repeat inside 50 entries, however, were not able to capitalise on the scoreboard.

Norwood were dealt two early blow’s in the second term when midfielder Cole Gerloff was stretchered off with an ankle injury, and youngster Nick Pedro was unable to continue after suffering a similar type of ankle injury earlier in the game.

The Redlegs managed to kick one goal in the second term courtesy of Tom Pinyon, as North kicked four of their own to open a two-point advantage at the main break.

The third quarter was end to end football as both sides tried to gain ascendancy on the contest. Declan Hamilton and Sam Baulderstone both kicked crucial goals but the Roosters seemed to hold the momentum heading into the final stanza.

The physically spent Legs defied the odds in the early part of the fourth term, kicking the opening two goals as captain Matt Panos and developing utility Josh Richards finished with poise.

Panos gleefully accepted a handoff from Will Abbott to goal on the run from 45m while Richards made the most of a 25m penalty after catching North recruit Billy Hartung holding-the-ball.

Norwood’s lead could have been extended to 11 points when Matthew Nunn (28 disposals, five tackles, five clearances) fired from 30m on a slight angle but the star midfielder frustrated himself when his shot sailed right for a behind.

Coming off a nail-biting three-point loss to Glenelg, the Redlegs refused to go away but just as they mounted a serious attack through the centre square, the final siren sounded with North in front where it counts – the scoreboard.

It will come as cold comfort to Cotton that Norwood had more scoring shots, disposals, tackles, clearances, inside 50s and marks (31 more) yet failed to bank the premiership points for the second week in succession.

He won’t be able to question the endeavour of his players, who were forced to dig deep when Pedro left the field and Gerloff was stretchered from the ground 10 minutes into the second term.

Declan Hamilton was enjoying one of his best games for the club in the first half before tallying 27 disposals, nine marks and a goal while Nunn and Zac Richards had close to 60 disposals between them.