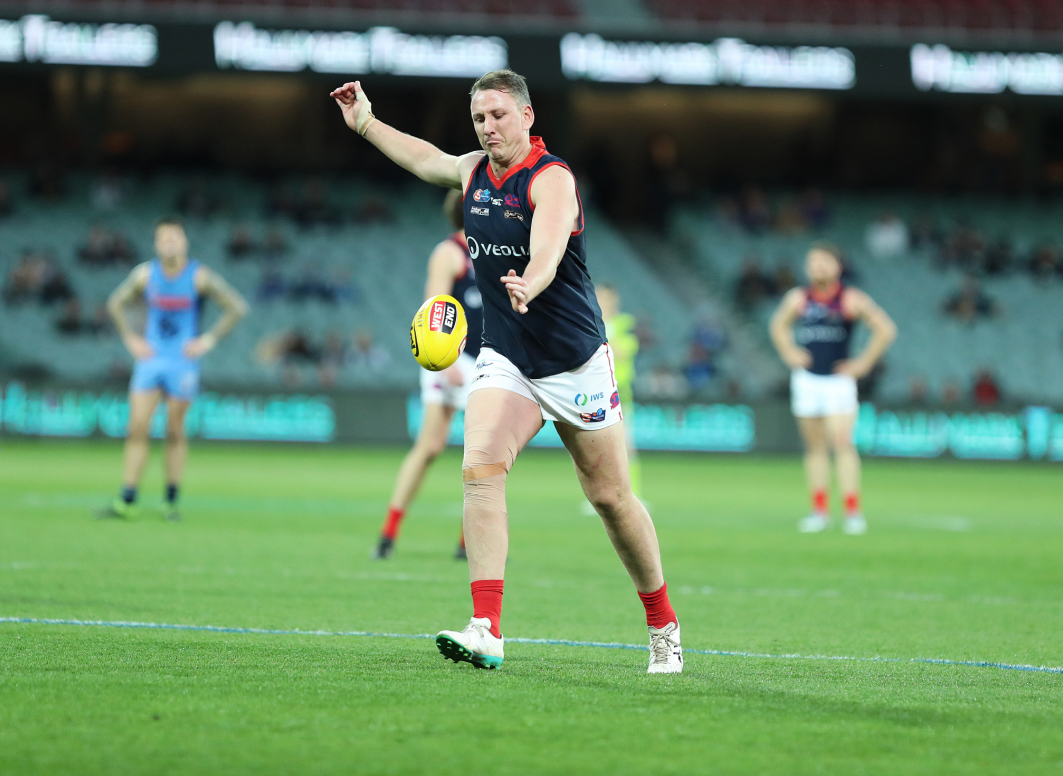 Norwood’s Sam Baulderstone is the most dominant ruckman in the Statewide Super League.

With Glenelg’s premiership bigman Jesse White calling time on his career, Baulderstone is now the clear-cut choice to start in the centre square for any team in the competition.

The dual premiership giant led the League for hitouts in 2019, racking up a massive total of 663, compared to White’s 513 after the minor round.

This ensured the 29-year-old would be the selected as the lead bigman for the 2019 The Advertiser SANFL Team of the Year.

Baulderstone’s high value at The Parade was also illustrated by him finishing runner-up in the count for the Michael Taylor Medal behind best-and-fairest Brad McKenzie.

Appointed joint vice-captain for season 2020, the Central Whyalla product has been looking in ominous shape during preseason training as per the Tweet below.

It is understood Baulderstone has lost as much as 12kg across last summer as he looks to move around the ground with more freedom this year.