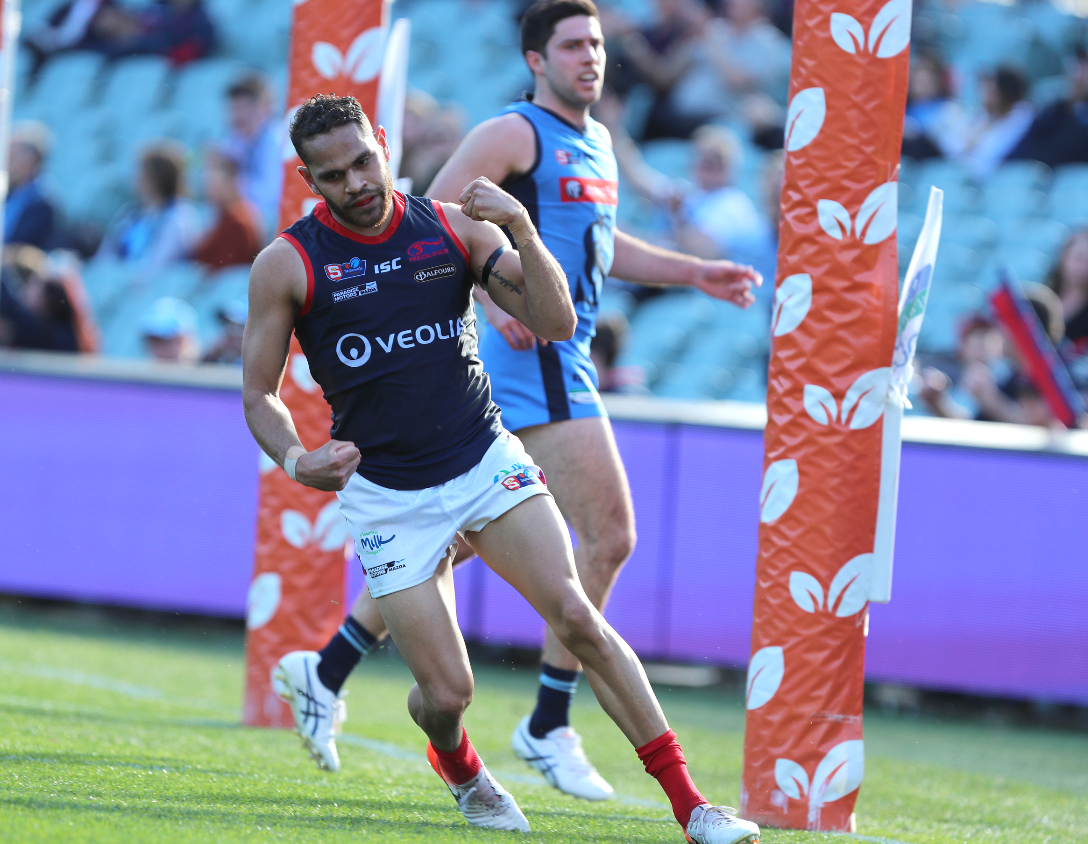 Dom Barry is back enjoying his footy again and its the Norwood Football Club which is reaping the rewards.

After a frustrating year on Port Adelaide’s AFL list – which yielded just five AFL games in 2018 – the 26-year-old settled nicely at his new home in 2019.

The hard-running wingman finished sixth in the Michael Taylor Medal as Redlegs best-and-fairest while also representing the West End State team in its win against the WAFL in Perth.

Barry averaged 21 disposals per game at 87 per cent disposal efficiency while also hitting the scoreboard for 26 goals last season, including the Channel 7 Goal of the Year.

His stunning performance in last year’s Elimination Final, in which he had 28 disposals and kicked 3.3, illustrated just how devastating he can be when he tucks the ball under his arm and delivers with precision.

The former Glenelg left-footer is another reason why Norwood no longer has to rely on huge efforts from the likes of Mitch Grigg and Matt Panos, with his pace a welcome addition to the Redlegs’ hard-nosed midfield.