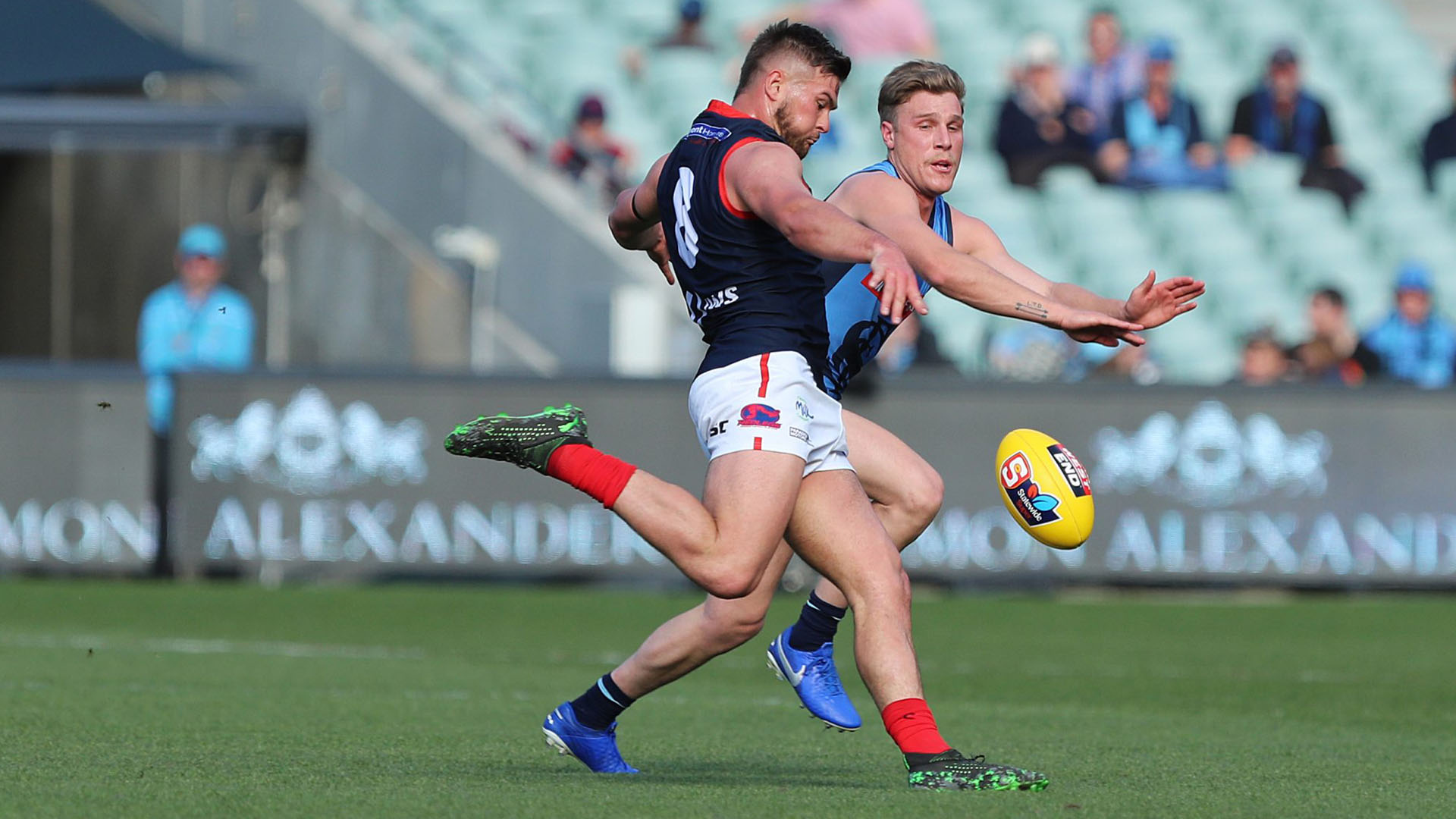 Few would argue there have been better individual displays than Mitch Grigg’s performance in the 2018 SANFL Grand Final.

And while his stunning six-goal performance netted him SANFL’s first Jack Oatey Medal awarded to a player in a losing side, the premiership eluded hot-favourite Norwood.

Redlegs coach Jarrod Cotton went about reducing his team’s reliance on the dual Magarey Medallist in 2019, introducing new faces into the midfield mix such as Cole Gerloff and Dylan Stephens while Matthew Nunn continued his rapid development.

As a result, Grigg spent more time inside his team’s attacking 50m arc last year, ensuring his individual numbers would be lower across the board than in 2018.

Kicking 25 fewer goals in 2019, the 27-year-old placed eighth in the Michael Taylor Medal count for best-and-fairest while averaging 23.5 disposals compared with his 28.6 in 2018.

Possessing a lethal left-foot kick in terms of penetration and precision, Grigg’s value to the Redlegs is still unquestioned but much like his star team-mate Matthew Panos, the reliance on their output is considerably less.

And with an influx of talent during the off-season – including AFL-experienced pair Ryan Bastinac and Richard Douglas – this trend is expected to continue at The Parade which can only be healthy for coach Cotton and his men.