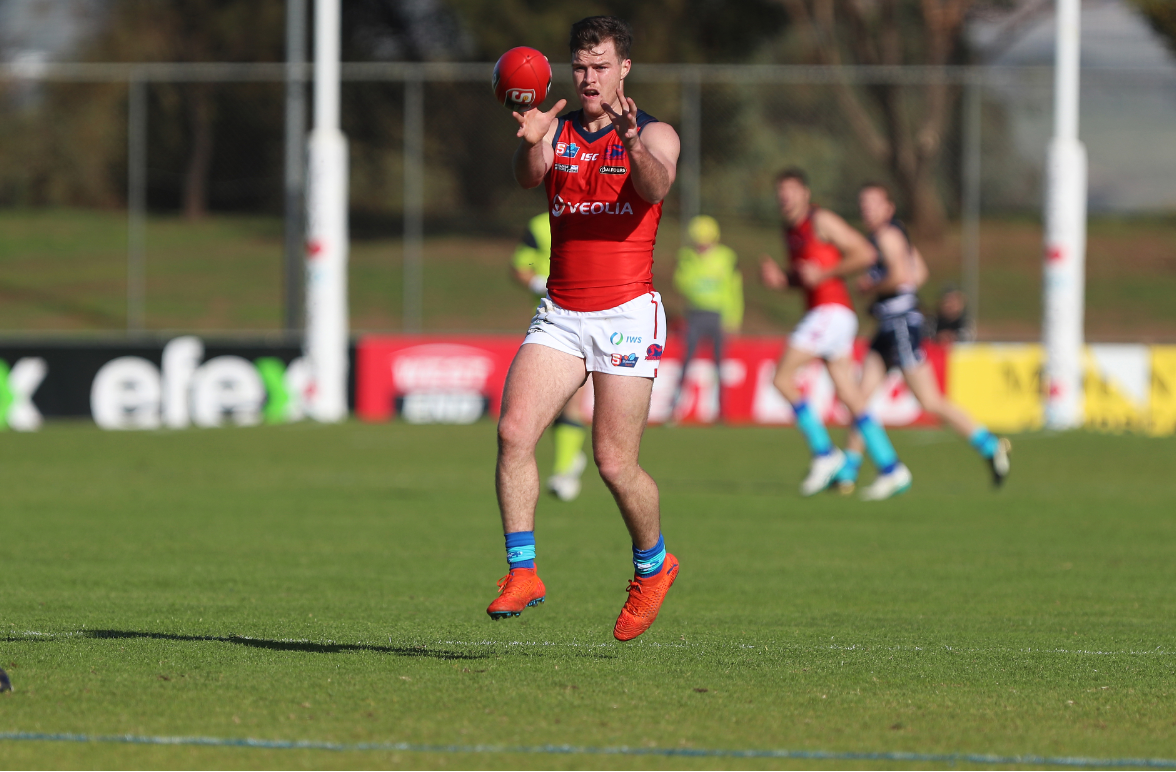 Norwood’s Cole Gerloff is a young star on the rise.

A fitting winner of the 2019 Powerade Breakthrough Player Award, the 20-year-old took his game to another level last year after being afforded more time in the midfield from coach Jarrod Cotton.

Originally from Cleve on the Eyre Peninsula, Gerloff established himself as a regular in the Redlegs’ deep centre square rotation after playing just 10 League games in 2018.

Gerloff averaged 19 disposals, four marks, six tackles and three clearances while also spending time as a strong marking target inside attacking 50m, where he hit the scoreboard with 21 goals for the season.

Measuring in at 185cm and 82kg, Gerloff’s improvement has been noted by AFL scouts after he received an invite to participate in the AFL State Combine last October.

While Gerloff ultimately missed out on having his name called in November, there’s every reason to suggest his career is well and truly on an upward trajectory as he strives to reach his ceiling.

Form across the 2019 season was used as a significant factor in the selection process, with those winning awards such as best-and-fairests, being selected in State squads and leadership groups also looked upon favourably.

Recruits to the Statewide Super League have also been included, with significant AFL experience another element in deciding the order of players.