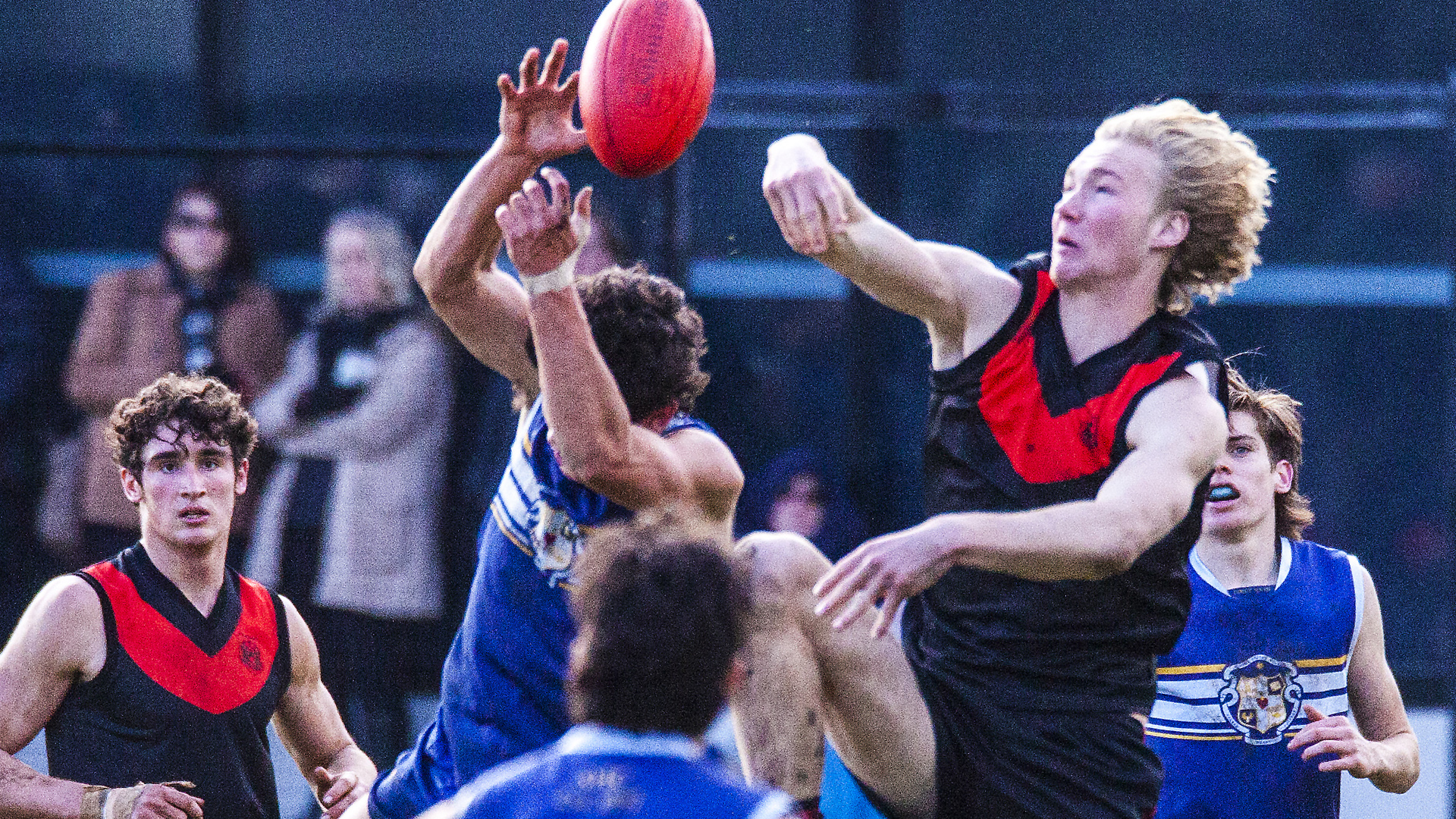 Norwood’s Ned Carey is looming as a wildcard for this year’s AFL National Draft.

The Torrens University Draft Target has been starved of opportunity due to a series of injuries – particularly to his knee – but those in the know are impressed with his athleticism and competitive edge.

Measuring in at a sizeable 198cm and 89kg, the 17-year-old loves to crash the packs for a contested mark.

The Payneham Norwood Union junior only managed eight games for the Redlegs in last year’s U18 Torrens University Cup but that didn’t prevent him from being selected in SA’s 2020 AFL Academy Hub.

”Ned is a developing tall who has played ruck and key positions in the past few seasons,” Torrens University SA U18 coach Tony Bamford said.

”He has unfortunately had some interruptions to his footy in past years due to a few injuries, including patella tendonitis.

”Ned is very mobile for his size and also has an appealing appetite for the contest and competitive spirit.

”He’s developing his ability to play as an aerial player forward of the ball while there’s also no reason why he can’t also be played as a tall defender.”

''He is very mobile for his size and also has an appealing appetite for a contest and competitive spirit.''