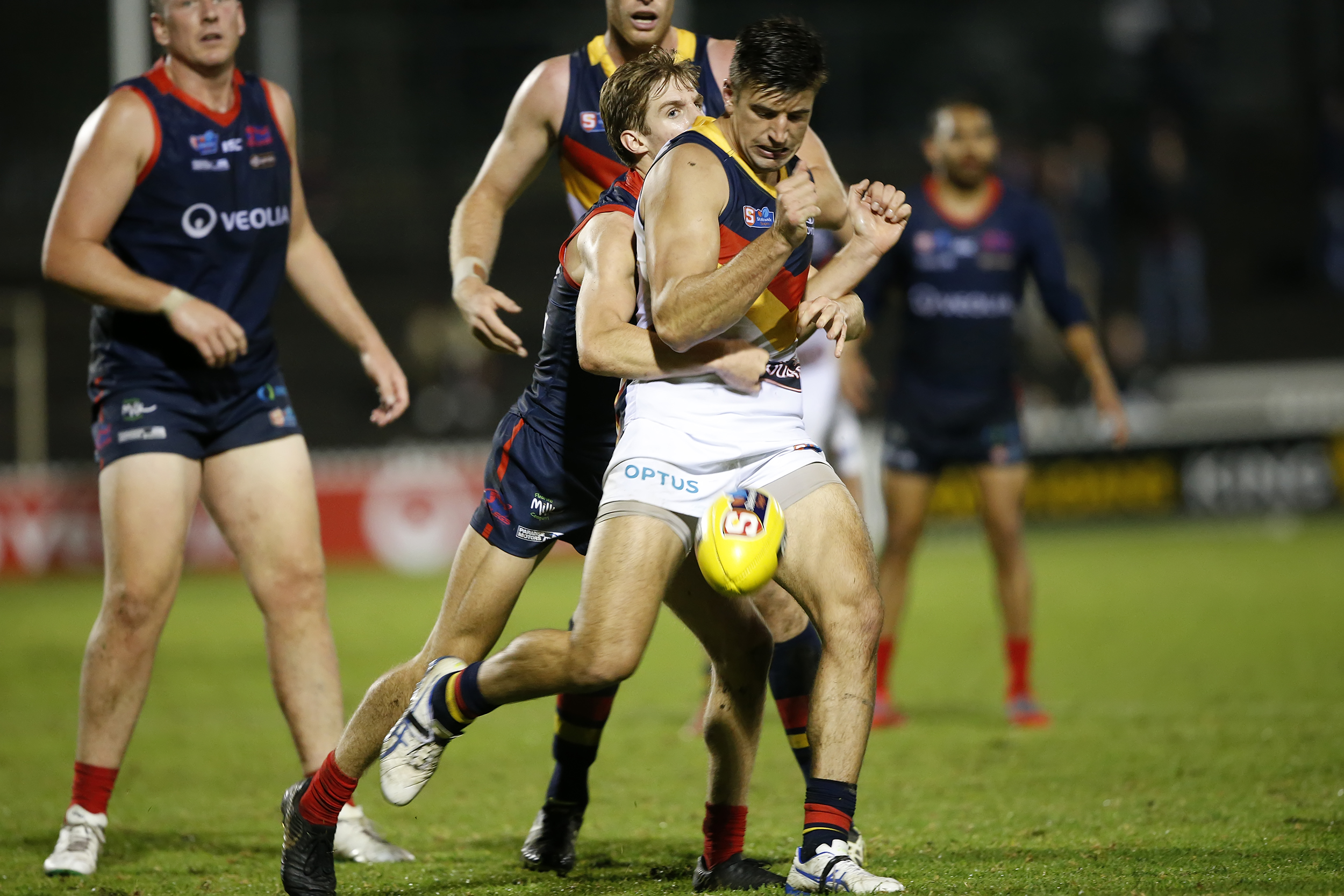 Never met in a SANFL Final

Patrick Wilson (Adelaide) v Matthew Panos (Norwood)
Wilson was shadowed heavily by Magpies captain Cam Sutcliffe in the Qualifying Final but don’t expect the same to unfold against the Redlegs. Norwood coach Jarrod Cotton isn’t traditionally a coach who employs a run-with player so acting captain Matthew Panos may go head-to-head with Wilson in the centre square. Both players are a sizeable presence and are masters at winning clearances from the stoppages. They can also drive the ball forward with penetration, such is the length of their kicks.

Andy Otten (Adelaide) v Brady Dawe (Norwood)
Otten earned plenty of well-deserved praise from coach Heath Younie for his performance in the Qualifying Final. Suffering from an illness on the day of the game, Otten forced himself onto the field to tackle Port dangerman Billy Frampton. The Crows’ veteran managed to keep Frampton without a goal while also taking several overhead marks and setting up play from the backline. He will give away height against Dawe, who is playing to extend his career as long as possible having announced his retirement. The lanky Norwood forward rekindled his best form against Sturt in the Elimination Final, kicking three goals and providing a valuable presence near the goal square.

Lachlan Sholl (Adelaide) v Anthony Wilson (Norwood)
The son of former Carlton player Brett Sholl and nephew of Craig (North Melbourne) and Brad Sholl (Geelong), Lachlan Sholl displayed great maturity in his first SANFL final. The small defender was put under considerable heat on numerous occasions but distributed the ball neatly with the majority of his 24 disposals. The 19-year-old may get the job on Norwood’s X-factor Anthony Wilson, who has pace to burn. A former Crows rookie, Wilson kicked three goals in the Redlegs’ Elimination Final win as he formed a dangerous duo with team-mate Dom Barry. If Wilson gets into space on Sunday, it could be pivotal to the result.