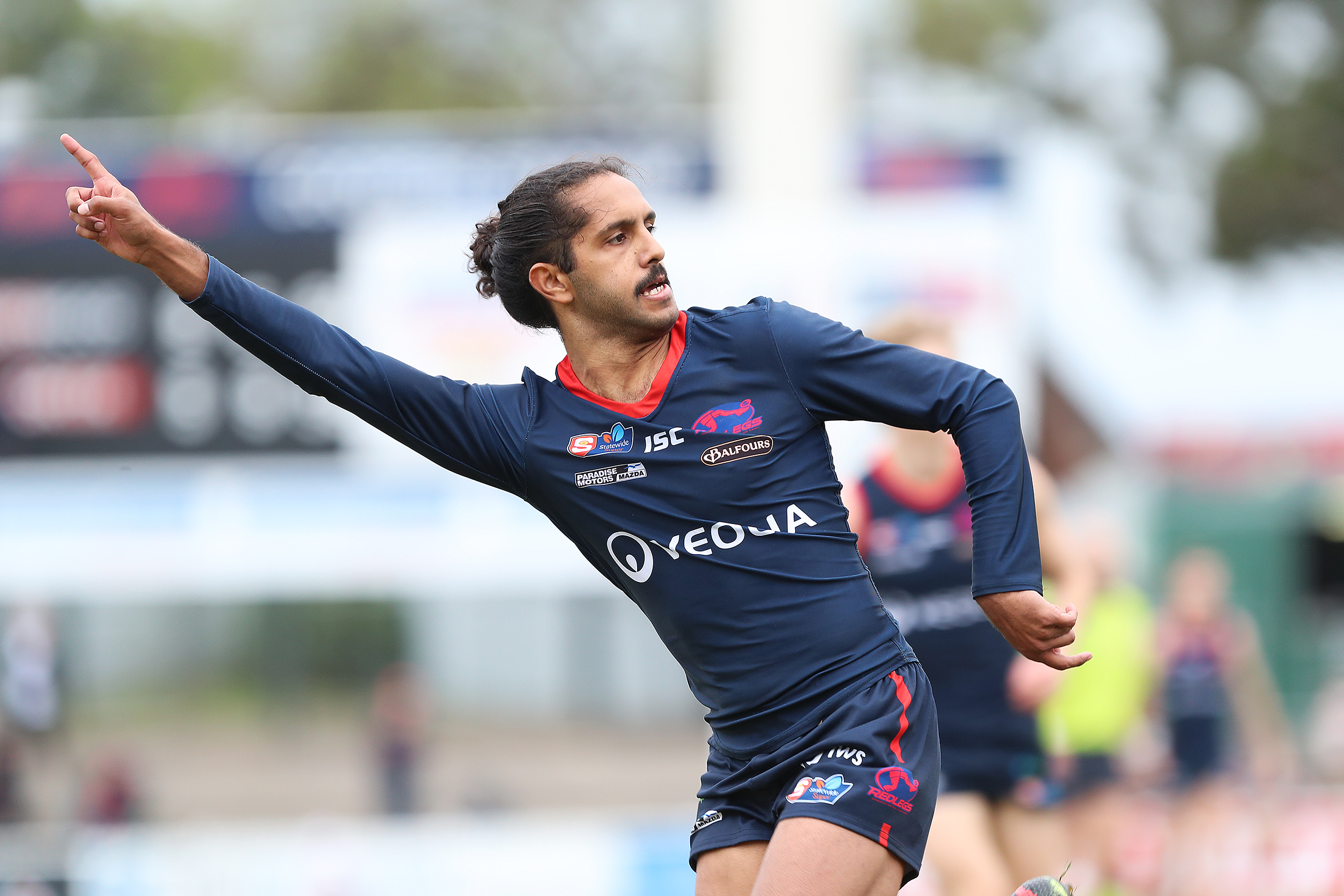 When the 27-year-old made his SANFL League debut for the Redlegs on Anzac Day of 2014, he was still uncertain his electric pace and uncanny goal sense would be enough to play another 99 matches.

But as Wilson prepares for his milestone match against West at Hisense Stadium on Saturday, he reflected on a period 12 months earlier which threatened to end his SANFL journey prematurely.

Speaking on SANFL Radio, the Redlegs’ No.20 revealed a couple of concussions suffered while playing in the Reserves at The Parade in 2013 forced him to have an extended stint on the sidelines.

Later that year he returned to play under former Power star Daniel Motlop at Meningie as he regained confidence before starting preseason back at Woods Street in readiness for the 2014 season.

The next season he landed at West Lakes where he spent the 2015 campaign on Adelaide’s rookie list, learning plenty about managing his body while forming friendships with fellow indigenous stars Eddie Betts, Charlie Cameron and Cam Ellis-Yolmen.

Featuring in two West End State games for SANFL in 2016 and 2019, Wilson said he was proud to represent the League by winning on both occasions, particularly last year’s upset victory against the WAFL in Perth.

Working his way back to form and fitness after a calf ailment delayed his start to the 2020 season, Wilson is ready to light it up against the Bloods with his trademark speed and ball-carrying ability.